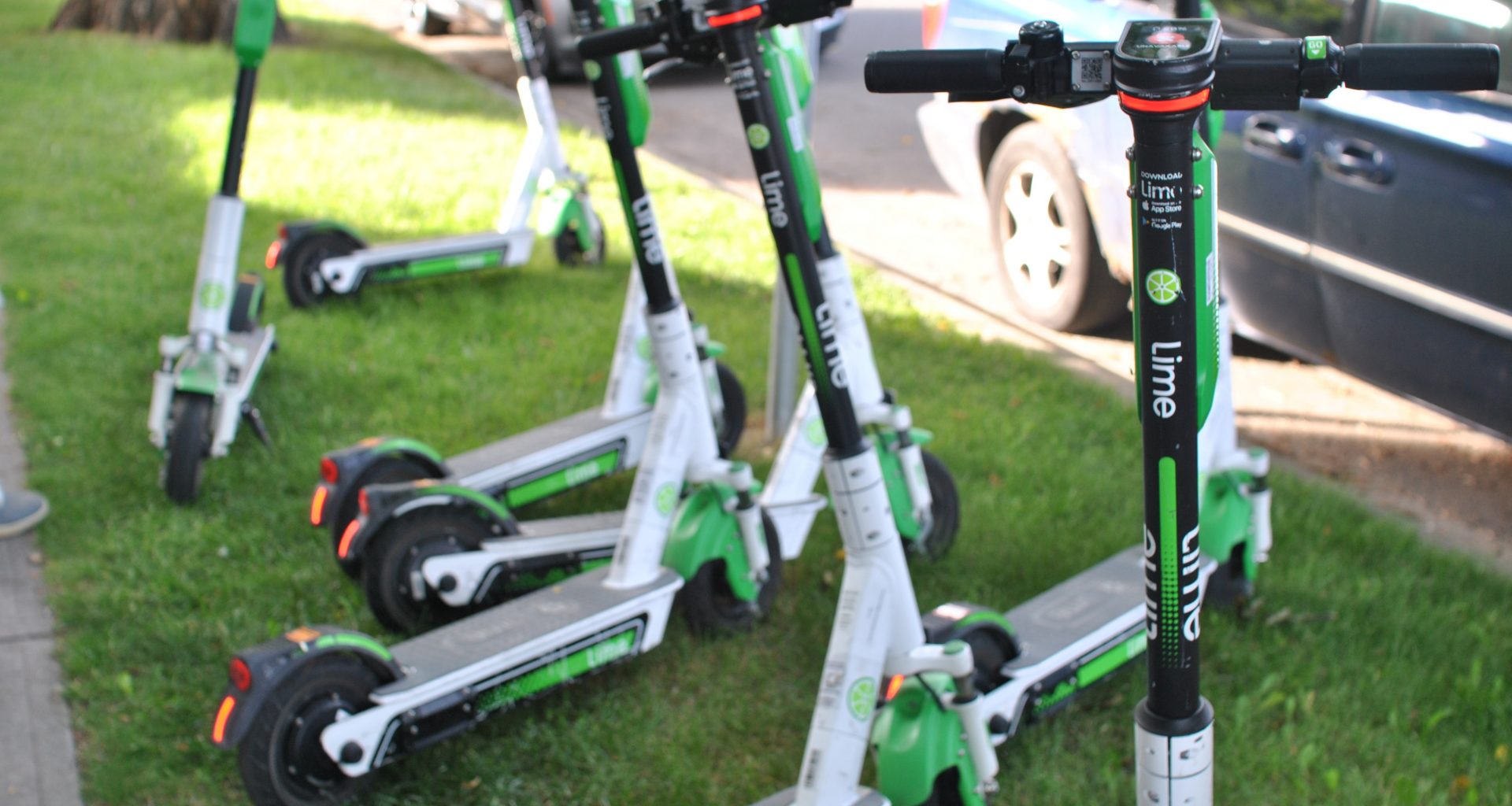 Lime continues to have the highest average user rating (4.86/5) among all scooter sharing companies in the world today! Lime also continues to be the most popular among all.

Hive, though being rated lowest, continues to improve the average user rating (+7%), while Grin Scooters saw a steep decline (-11%). Grin has been posting a month on month decline in the last months!

If, and only if activity in the app stores is any indicator of the market share, Lime (59%), Bird , Spin and Voi hold 88% of the global market share. –> Same as Dec.

Joe Kraus, President of Lime, in a recent Micromobility Industries podcast, mentioned that Lime accounts for more than 50% of all rides in the world today. This seems to correlate with the App Store data as well.

Going through all user reported issues in January from the comment section, most of the issues can be grouped under the following:

App Issue – 31%: Issues and Bugs related to the sharing app is the most reported in January. Users reported issues in payment method setup, login, frequent crashes, etc. Here are some of the comments:

Scooter Issue – 13%: Scooter issues are common, with reports on failing brakes, low battery, scooters shutting down mid way. One Lime user reported to have broken an arm, as the brakes failed. For the same company, there was one more report on failing brakes. Here are some of the comments:

There was a comment on the new Bolt Scooters as well. Functionality triumphs over looks

Cannot Start Ride – 12%: There were multiple reports where users had to scan through many scooters to have one unlocked. For some, the ride did start in the app, but the scooter did not unlock, resulting in users having to pay for a scooter that couldn’t be unlocked and a ride that they did not take.

There were also reports on unlocking a different scooter than intended – I’m not sure if this is a result of QR Code tampering.

Overcharging – 9%: Users reported multiple instances where they were charged more than what it should be, or what they expected it to be. There were also reports on the passes issues by companies that did not work.

Similar to issues with starting a ride, users reported trouble with ending a ride (5%), resulting in being charged more. Some of these are related to geofence errors, where rides cannot be ended. Also, from a user perspective, as they don’t look at the phone during a ride, they knew that they are in a zone where ride cannot be stopped, only after reaching the destination

3% of the reports were related to unavailable scooters. This is when the app shows that there are scooters, but in reality there aren’t any. Some reported finding scooter much far away from the location on the map.

There is a lot that scooter companies can do to improve the user experience. In micromobility, the time from app open to starting a ride is extremely important. Users would be ok waiting for 10+ minutes for uber or Lyft, given that the driving distance and trip duration are greater. But for micromobility, users should be able to start a ride in less than 4 minutes and in less than 15s if a scooter is next to them.

Though App issues are normal no matter how good the app is built, scooter sharing companies should focus on ensuring that all scooters are rentable, and that they don’t have serious issues like failing brakes.

If you are in scooter sharing business, spend some time in analysing user comments of all players. –> A treasure trove that would help you serve better!

@prabinjoel
556 Following
907 Followers
May is not over yet, but layoffs are reaching 2020 Covid levels already! https://t.co/dvTfvkcsmK
3 hours ago
Stock exchanges in India have a daily circuit limit to reduce volatility. Comes as a savior during down turns. For… https://t.co/SDmuPQaDo2
7 hours ago
Bird entered into an agreement with YA II PN, Ltd. (“Yorkville”) for $21m worth of promissory notes. Interestingly… https://t.co/GhegUTvAwW
14 hours ago
Follow